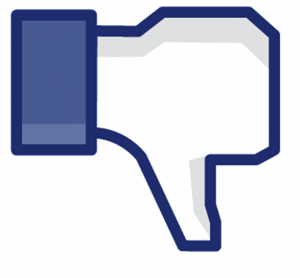 It used to be an amazing network to share your stories and products with your customers. It used to be fun. It didn’t used to have so many memes and obvious quotes pasted onto pictures.

Yes, in the good old days it used be simple.

But then things changed. Facebook changed, and the way businesses use Facebook changed too. You see, the problem with popularity is – your feet no longer touch the ground. Facebook got too big for its boots and we fell out of love with it (well, many of us did).

Here’s a quick catch up in case you’ve been under a rock, or on Google+ for the last few years.

Now obviously a whole lot more has happened in the 10-year history of Facebook, but for me, as a marketer, there’s one very important part – those pesky algorithms!

Years ago, when Facebook was a young gun in the social media playground, you could start a page, people would like it, and they would see everything you posted until they fell out with your constant updates and spammy behaviour.

Back then, the game was to keep people engaged and be social or they would unlike you. It was their choice if they binned you off in favour of their Auntie’s birthday snaps and gifs of cats climbing up curtains.

Now though, now it’s all in the hands of Facebook, or at least the hands of the algorithm that they built to show only the ‘most important’ stuff. Facebook got too popular and too busy, so they helped us all out by hiding some of the marketing messages… or at least that’s what they’ll tell you.

Only the huge brands were paying to advertise.

So they tightened the rope and squeezed out the life of Facebook, making it almost impossible for brands to be seen unless they paid. That forced smaller businesses to advertise, and Facebook’s advertising revenue increased to 2.91 Billion for the financial quarter ending June 2014.

Being honest, I don’t blame them. They created a really successful platform and that took a lot of skill and hard work. Hey, I’ll even go as far as to say I’d have made some of the same decisions. (Apart from not buying Snapchat… I’d have bought that, or at least hired the guy who built it!)

Well, they have kinda upset the whole apple cart in my mind and regular users are annoyed with auto-play videos (you can turn them off if you hate them) and Newsfeed updates. Facebook – stop messing about with it! Every time it’s updated, my timeline is in uproar (even though we don’t pay to use Facebook).

When one of the attendees logged in at night they saw posts from the company’s Page at the top of the timeline even though the post was from the morning. They had time-relevant content like ‘Good morning’ or ‘enter by 10am’ on the posts, meaning they looked outdated.

Facebook had decided these were top stories and of course the person’s Facebook was showing those by default. How do we get around this one? We can’t make everyone on Facebook set their timeline to Most Recent instead of Top Stories – most don’t even realise they can!

What we know is that users will have their timeline set to Top Stories so our posts need to be less focused on time and be more focused on longevity. We also decided that actually when you post at night about events happening tomorrow you get the best of both worlds. You get the late night Facebookers (between 8pm-10pm is best) and then in the morning that post can become a top story and hits the early morning crew too!

The simple answer is yes. They’ve made it impossible to get any decent reach without advertising, and we’re having to pay to play on what is still the largest and most engaged network. But how can you beat it? How can you truly get around the Facebook algorithm, and how can you get back to the hay days of actual interaction with people on Facebook?

Here are some of my hot Facebook tips to take away

Facebook recommends boosting (a form of advertising) popular posts. Although I don’t believe Facebook that often, I believe this tactic could work well.

You could try this Facebook formula and see how you get on:

Give that a try and let me know how you get on?

Check your Page Insights and find out exactly when your audience are online and keep and eye on the page reach. Although these stats are provided by Facebook and should be taken with a truck of salt they do show better posts over less popular ones.

It’s fair to say that the good old days of Facebook for marketing are over. Advertising aside, you’ll never reach everyone again and as a brand you could find yourself trying everything and everything to do it. You’re in danger of spending way too much time on Facebook instead of actually running your business.

Go steady and entertain your audience. We actually just make people laugh with our Facebook and our reach is good because of it. It’s nothing to write home about because we don’t focus on it, but when we get some good interaction on a post we notice a better reach and more interaction on the next few posts as a result.

“Post. Engage. Review. Repeat. It’s just like any other marketing. Test and try again to get the right formula!”

Facebook is still the largest and most engaged network with 50% of users logging in daily. You can’t ignore that and you shouldn’t give up just yet. It has the potential with the advertising and the network to still be great for your brand… it’s just grown into a different beast!

Good luck and keep us posted on your Facebook homework – happy posting!

Now it’s your turn. We gave you loads of tips there. Help us and the readers of this blog out a little. Add your own tips in the comments below.

3 comments on this article