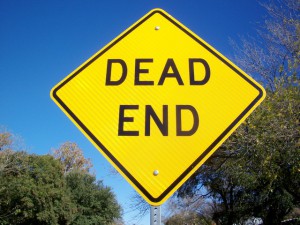 Over the last four very busy years I’ve racked up well over 200,000 tweets by using lots of accounts, and engaged with 1000s of people from all over the world. I started a business helping people to tweet, use Facebook and blog, and now we help them do anything that gets them noticed online. It all came about because of tweeting!

But it hasn’t always been plain sailing. Like most, I just signed up to Twitter and got going on it.

It didn’t come with an instruction manual and there was no training back then. You kinda had to learn on the job, but when you’re tweeting for a company that can be risky.

I’ve seen people come and go over the last four years. The biggest reason people fail is that they’re too self-centred! (I know, coming from me!)

This is true for real life, as if you talk too much about yourself, people aren’t that interested. Show an interest in them first, and they’ll be more interested in you.

Spend sometime getting to know other tweeters and helping them. Retweet their posts, favourite their comments and answer their questions.

Takeaway: Don’t just rock up to Twitter with your billboard and your business cards!

When I joined Twitter I was tweeting for a business and I find that lots of people who have started tweeting entered this way too. The problem with being a business on Twitter is that you commit the crime in tip #1. but you also join in ‘business mode’.

Even though the company I worked for at the time wasn’t very corporate, I still acted too much like a business at first. It was like I needed to be sensible and serious, and, well… boring!

Twitter is about people, and when you think about it, so is business. The best thing you can do is decide what type of personality suits your brand and go for it… Or better still – just be yourself!

Takeaway: Be a personality and be real. It’s how people connect with you that counts!

It’s VERY easy to have absolutely no focus or plan on Twitter. You can start tweeting with no idea about the bigger picture – I did! If you don’t have a plan you will find yourself pulled all over the place and you’ll have loads of conversations about everything and anything. That’s great, but you may not achieve that much.

The best thing is to have a focus on what you what from Twitter. Decide what you want from it and remember it’s not all about more sales. It can be, but not right away.

I like to have a focus on social media for mine. I share great content that I find and create. I want JCF to be THE company to contact about social media and training in our area. It’s working, and I love all the tweets and comments on my stuff. How can you do this with your tweeting?

Takeaway: Focus your Twitter on what you really want and try not to go off on too many tangents!

People who follow me on Twitter now won’t believe that back when I started I thought one tweet in the evening was enough. I had no smartphone and no way to connect during the day.

Twitter is about live conversation, and if you only update once a day you’ll get lost in the ocean of updates. Most people follow 500 – 1000 accounts. Those accounts will all tweet around 5-10 times a day. That’s as many as 10,000 tweets to sieve through, and your one lonely tweet doesn’t stand much chance.

Takeaway: Tweet more often than you are – less is most definitely not more!

When I joined Twitter back in 2010 I was a logo. But I quickly learnt that you need to have a photo of yourself as your avatar.

Twitter is all about people and even if you’re a brand, people will be tweeting you. When someone talks to you they look at you and your lovely face! This is something they can do on Twitter, but you can help them by showing you face on your little avatar.

Not convinced? I always explain it like this. When you next speak to someone on the phone that you’ve never met before just see what you do. You’ll try to work out what they look like. You’ll know what gender they are. You’ll imagine what they’re doing and you’ll try to draw them in your mind.

As humans we need to know what the other person looks like so we can judge them and make assumptions about them based on past experience. It’s a bit primitive but it’s true, and we all judge a book by its cover to an extent (sorry!).

Takeway: Show your face and help to build the human connection.

Tip #6. Not everyone see your tweets (replies)

This took me ages to work out, but not everyone is seeing your tweets. When you reply to someone on Twitter it automatically sets your tweet up to only go to a few people.

This is complicated so pay attention…

When you start a tweet with someone’s name (ie: @SocialMediaTodd …) only that person and anyone that follows you and that person will see your tweet. So only mutual followers of both parties see it.

Twitter only shows replies (tweets that start with ‘@’) to mutual followers.

If you want your answer to a question or your reply to a comment to be seen by all your followers then put something in front of your @ and it becomes a mention.

Takeaway: Get more reach for your tweet – don’t reply; mention!

Tip #7. You won’t get notified every time your followers read your tweets – but they do read plenty of them

It’s very easy to get upset with Twitter in the beginning as not much will happen. You’ll hear about it being an amazing tool (I did) and you’ll expect it to be amazing right away (I did!).

But even if you don’t think that people are reading your tweets, remember that just because they don’t reply it doesn’t mean they’re not there.

So often I speak to people in real life and they know what I’ve been up to because of my Twitter feed. They didn’t reply or retweet or favourite me so I didn’t think they were paying attention – but they were.

Takeaway: Keep going – unless you ask questions followers will just read your tweets and you’ll never know they did, but they do.

Tip #8. Being funny beats being corporate all day long

I don’t care what you say and what you think – being funny on Twitter is the best way!

Think about social media for a minute. What goes viral? What do people really love on social media? The funny stuff. Yes, they will share the controversial and the ground-breaking news, but you won’t have that all the time. What you do have is good old sense of humour.

I soon learnt that being funny and showing my human side worked much better. When I did my followers started to really connect with me. I showed cock-ups and slight mishaps in the business I was tweeting for and then and only then did my followers take an interest.

Takeaway: Be funny and avoid being too serious and corporate.

Tip #9. Your bio is THE most important part of your Twitter

Let me say that again.

“Your Bio is The Most Important Part of your Twitter!”

You must get this right and you must change it when you change. Your bio is completely searchable within Twitter and to a certain extent on Google too.

Get the words in there that people would type to find you. Get the right mix of information and in your style of tweeting. Get your real name in there and put something unique to you – like a fact or hobby or something that people can relate to.

You have 160 characters to describe yourself. Make it flow. Make it funny. Make it informative and make it memorable. In the website link put a link to the about page on your website if that explains you more. In the display name put your actual name if you couldn’t get it for your ‘@’ name (I used my name when I tweeted as a brand so people knew who I was.)

Make it interesting and don’t put “all tweets and thoughts are my own” – that’s just so boring and obvious! If your company tell you to, then speak to us about that – they could probably use a bit of training. 😉

Takeaway: Get your bio right. Add your real name, some great facts and sprinkle it with humour. Make your bio followable!

So there you go. Nine actionable tips for your Twitter 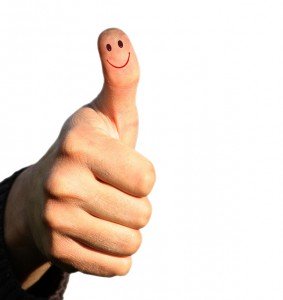 Twitter is an awesome platform and my life has changed because of it. That’s a bold but very true statement. Get a focus and set it up right and please make sure you keep it personal and that you keep on tweeting.

Relationships are the power behind Twitter and they take ages to grow. It took me well over a year to meet @pinky_princess, having tweeted her a lot over the first year. We’re now running a business together and very much in love (sorry). That’s how powerful it is.

I’d love your views on this. Can you give me your top tip in the comments below? I love hearing other people’s views or how it’s worked for you – get commenting!