We could wrap this up pretty quickly by saying ‘possibly but probably not’ but where’s the fun in writing such a short, unhelpful blog? If you’re a TL;DR kind of person, though, this intro is your dream blog. You’re welcome!

You might be surprised by our casual take on this. After all, Twitter is a huge part of our origin story. It’s where Jo & Todd met (over an apostrophe 🥰) and the business was started. Many of our network met us there and we still enjoy dipping in every so often. 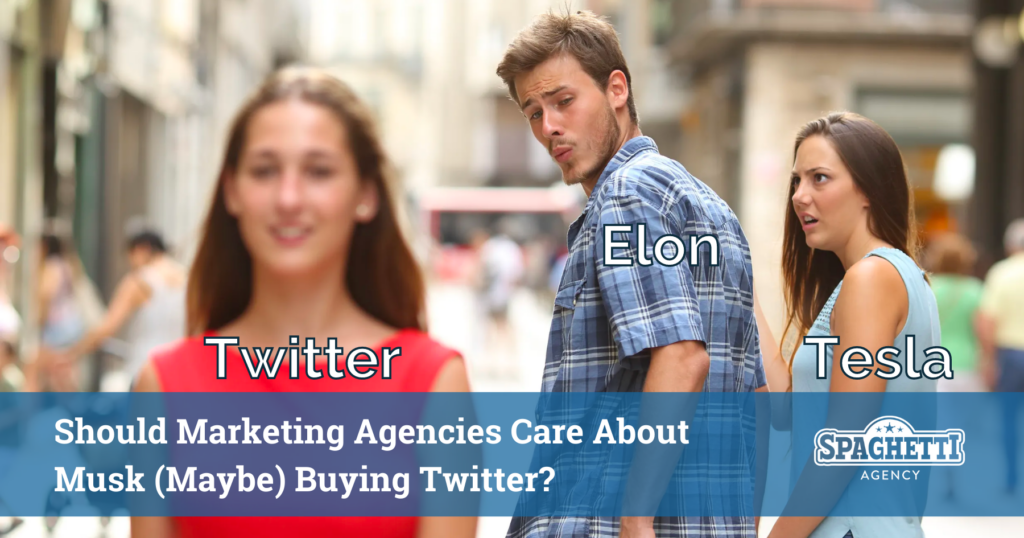 Bring me up to speed on the history

We’ve gotta admit that TechCrunch has done a really good summary of who Elon is and his history, so we’re going to handover the reins to them for this bit. Fair warning – it’s not the most neutral of takes but, to be fair, it’s tricky to take a neutral stance on Elon Musk. He’s such a strong character!

Of all the hilarious moments that he’s had on Twitter, one of our faves is when Mama Grimes called him out.

This is Grimes’ mom. Thanksgiving is going to be fun. pic.twitter.com/7i3oLnzvrO

Why aren’t we that bothered?

We’ve been doing a lot of reading, watching and waiting as the saga has played out over the last few weeks. Here’s what we’ve come up with.

Things we’re a bit bothered about

So, our advice? Don’t lose sleep over the news. Probably don’t waste too many awake minutes thinking about it either. Unless you love a bit of crazy drama played out online. In which case, get stuck in!

If you want to stay up-to-date on the crazy happenings in the online world more regularly, sign up to our Friday Roundup. It’s just what you need to get through the Friday morning blues.