There’s no doubt that social media is important. It’s constantly changing the world around us. It’s made Kylie Jenner a Billionaire, it got Trump into power, and it connected families and friends across the globe during the pandemic.

But we’re talking about social media for business here, and when all is said and done, if you’re doing something in business, it’s gotta return money at some point.

Social media is often seen as the magic pill for marketing a new/successful/growing/or even failing business. But it’s not. It’s not a magic pill at all.

I want to explain a very brief story and then explain how social media really works, and… what it really does for your marketing. 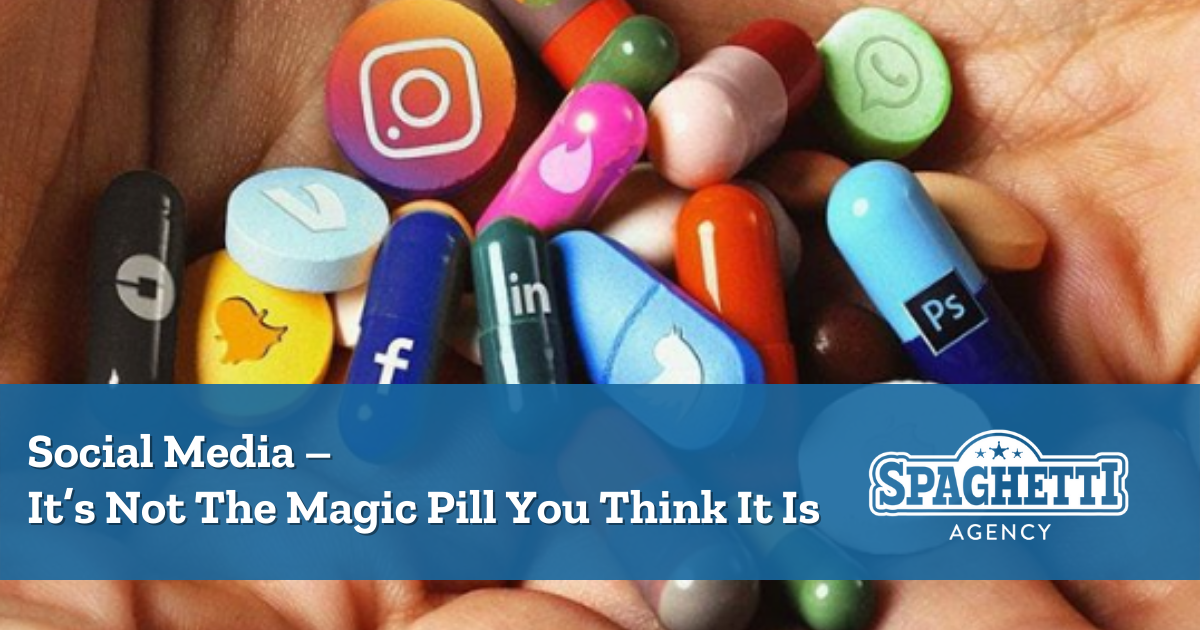 I was driving a van and operating an iPhone…

Years ago, before I became the wild west cowboy of online, I drove a van for a wine merchant. I started posting on Twitter back in 2010, and it’s there I cut my ‘social media teeth’.

I certainly attracted a lot of attention from the social media that I created in those times -and yes, I sold some wine too – but it wasn’t the main driver (pun intended) of their sales… not by a long way.

It was great for brand awareness – which in turn brings home the money – but it was not a magic pill.

The other thing it didn’t do was raise the awareness or personal brand of the business owners themselves. It was my profile it raised, and that didn’t help the business as much as it could have done if the owners (who were the faces of the business) were tweeting and facebooking!

Twitter got the business PR, local interest, sales, and people to wine tastings. It got us noticed in London, flashed at in traffic, and mentioned on the BBC and ITV… But word of mouth beat all this, hands down!

The relationships the business owners had already were way more powerful. I’m sure over time it would have done more, but in three years of tweeting, the best marketing done was chatting to restaurant and pub landlords and using their network to see who needed wine!

Social media is often seen as the magic pill to do that… but it’s not, not always. That not how it works… for the most part, anyway.

So, what does social media do?

I said that back in 2013 and I stand by that to this day. Social media (not a magic pill) won’t sort your marketing woes and cash flow issues overnight.

Social media is a conversation and the way most companies and brands do it, it’s not even that!

Social media (for a business) is something someone follows when you follow them; a channel they subscribe to after they found you on Google; a conversation they join after they’ve become aware of you.

It’s not going to drive a tonne of leads unless you’re actively connecting on LinkedIn, posting on Facebook Groups, adding people to your Instagram, and generally going after the engagement.

Most business social media is merely a broadcast output of content.

That is not a magic pill to a fill a sales funnel.

How can you make the most of social media?

Please don’t go off the idea of social media for your company after reading this.

(I doubt I have that much influence on you, but it’s worth saying!)

Social media does have its place. Social media sits amongst a myriad online and offline tactic, and when you integrate it alongside those other things, it’s great.

Back in the wine days I would follow any of the restaurants and pubs we supplied, encourage guests at weddings to tag us in, and try to get it into everything we were already doing. Yes, I did once get 50% of the tickets to a wine tasting event filled with just tweets, but I would engage (or try to) with the other 50% who came along too.

I would add the Twitter handle to PR and websites, and I’d aim to tell as many people as possible that we (I) were on Twitter, and to follow us.

People did follow us… even the Moët & Chandon rep did. He came to see us once and asked for me by name. Sales? No, he was selling to us, but my social media activity got his attention.

We were mentioned in magazines and on the TV.  Sales? No, but existing customers and followers were reminded again that we existed.

Social media is a digital nudge at the best of times; a gentle reminder to place that order.

Paid social is something we need to mention…

Paying to land your content in the right peoples’ timelines does help to get more sales. But when you’re doing that, you’ll going all out for the sale and you’re (hopefully if you’re doing it right) targeting the people who are most likely to buy.

Paid social does do great things, but it’s not a magic pill either.

Or should I say it’s not the magic pill. You still need a great brand, message, products or services, and you need to back all that up with good testimonials and happy clients, too!

Social media: So often the assisting wingback; not the striker

The other issue is that too much focus is put on social media driving sales.

It can, it does, and it has. But if you only see sales as the result of your social then it will fail.

If you judge a fish by its ability to climb a tree… right? 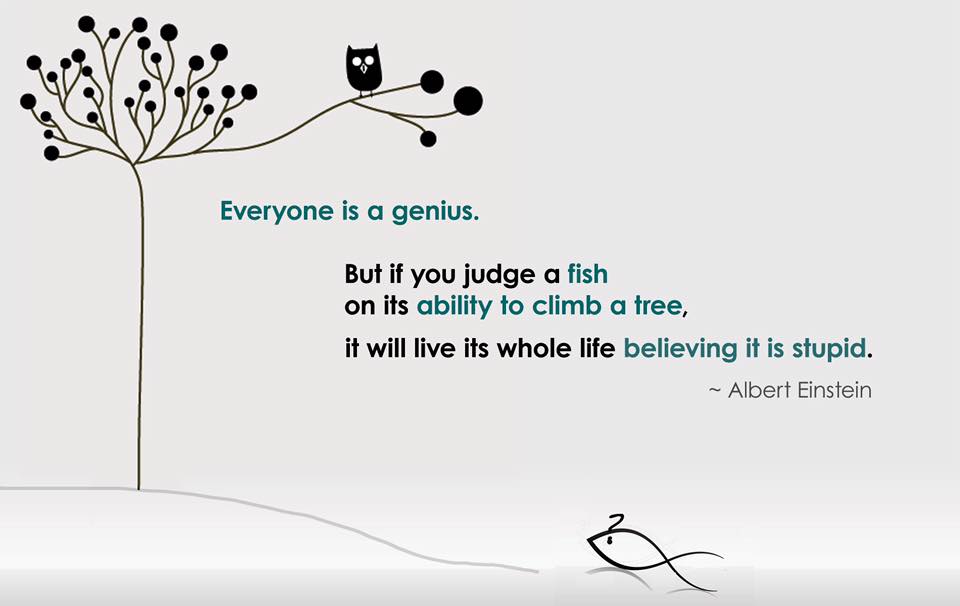 No, social media isn’t about sales. It’s about communication. Social can nudge, remind, add to, or keep individuals in the sales funnel warm.

We add people we’re chatting to our social media where we can. Our CRM (Capsule CRM) finds the social media accounts links to a contact’s email address. We can then simply click and connect with them.

We’ll also add people at networking to our social and (like I did at the excellent Expert Empires even recently) if there’s a Facebook group for all the attendees or a list – I’ll add them on Facebook, Insta, and/or LinkedIn.

For me, social media is about the conversations between the meetings and emails. It’s the filler between invoices. Social media helps you stay human when life gets in the way of your comms. Social media is a powerful way to stay omnipresent… but it’s often the wingback passing the ball into the box; it’s rarely the striker!

Even those Facebook Ads need good testimonials and cases studies to convince you to buy and chance are you were already looking, anyway. It’s a tap-in at most.

Social media is not a magic pill; it’s a daily vitamin

One post is not going to change things overnight, but if you commit to posting and updating constantly then you’ll soon see the benefit. Put too much focus on being pushy to get new customers and it’ll fail, miserably!

Social media is the conversation before the conversion, the nudge to place another order, and the perfect way to continue conversations with leads until you’re ready to talk business.

It’s not a magic pill; it’s a daily vitamin!