Social media IS still important for your SEO

Social media been hailed as the new SEO and the new advertising and the new marketing, and I have to agree it’s pretty good at elements of all three. Recently the SEO argument took a hit from the main man at Google though, and it left some marketers wondering if they should be concentrating so much on social media. 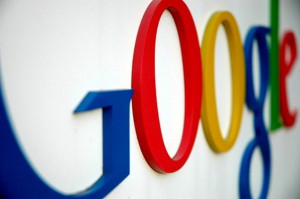 Matt Cutts (head of Google’s web spam team) recently suggested that Facebook and Twitter activity do not affect your SEO as Google doesn’t rank them differently from the rest of the web. Google doesn’t look at signals such as Likes and Retweets and links on social networks to affect your ranking? Oh?! Well that just burst a rather large bubble!

Social media IS still important for your SEO

But all is not lost with social and SEO. Social media has always affected your SEO and it always will!

So I’m just going to go against Matt Cutts here then? Well, no. As he does say that social media offers value to its users. The fact is though, social media WILL help your website rank higher in search engines and here’s why…

Sharing content on social media (as Matt Cutts points out) is a great way to push traffic and visitors to your site and for this reason I hold social media solely responsible for my ranking on Google. 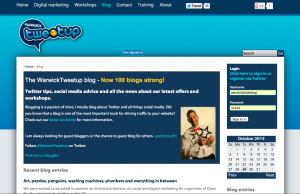 Three years ago I started running the WarwickTweetup website. WarwickTweetup was just a small community website and was only there to offer event information and allow photos and news to be shared among people. At first it was a private site for logged-in users only.

Then, after one of the tweetup events, I posted a blog and then I shared it on Twitter and then people read it. I thought “huh, that’s pretty cool”. If I put content on the web but don’t share it on social media, not many people will find it unless I have a large group of subscribers, so social media became my output. Three years on and the old WTU site still gets great organic traffic to its pages and one of the blogs “11 reasons why Twitter is better than Facebook” is still on page 1 of Google for “Why is Twitter better than Facebook?” (as of Feb 2014).

Social media has helped my website to be found, and that’s what SEO does.

Google+ still not ranking from social media then, Google?

Google may not rank pages on social or recognise social shares with Twitter and Facebook, but it’s certainly trying to show engagement through its own channel.

Google+ is a must for any marketers. Business owners need to stop stalling and join this incredible network. Yes, Google have forced us to use it. Yes, Google have given you an account because you use Gmail and you only know it because people you know have connected with you. I do think the force-feeding by Google has turned many off, but that doesn’t change anything.

Google+ is a huge network, and the communities, Hangouts and many great aspects of the platform blow Facebook out of the water. Twitter now seems very simple in comparison too, although I don’t think G+ will ever replace the sheer speed and conversation on Twitter.

But Google+ has a big brother, and strong influence. Google+ is owned by Google (yup, the clue’s in the title!) and with that comes a serious argument why social media is good for your SEO. Authorship is trying to stop the ‘anonymous’ web by allowing people to claim their content. Google Places are now linked to Google+ Pages and we’re seeing some pretty neat linkups with YouTube too (also owned by Google) to try and stop the pointless spam in the comments and hold people more accountable for their actions online.

Matt Cutts didn’t mention Google+ in his video update, and that’s because Google+ IS important to your SEO. When you click +1 a post on Google+ (try it on this one!) it actually updates the Google+ share button on the website. Go on – click and watch the number increase! When you post a link to a site from a Google+ post, experts are saying that this does affect your ranking. Google is monitoring the activity on its own social media network and it’s constantly adding new tweaks all the time.

Signals from Google+ are being watched by Google. But what about the others?

As Matt Cutts said “I’m not telling you not to use Twitter or Facebook”. Both of these networks (and many of the others) are fabulous drivers of traffic to a website and are the only reason any new site I work on gets any visitors without paying for Adwords.

Social media may not be ranked by Google, but it has to make a difference to your website’s presence and that’s effectively all SEO does anyway! Add that to the recent Google update in their Analytics ‘Acquisitions’ to show social traffic, and you can see how powerful social media is.

Google knows when and where traffic to your site comes from, and it now even shows you in a special social section on Google Analytics. Still not ranking it then, Google? Not monitoring signals from social? Just wanted to let us know how much social traffic we’re getting?

I love the direction Google is taking and I commended the recent announcement that “guest blogging is dead” because I’ve never been a cheat. I like to earn what I get; I like to feel that immense satisfaction from a hard day’s work. I like to see all the traffic to my website and think “these people really wanted to be here!”

Keep it social to drive interest to your business and the people will come… to your website – and that IS a signal Google ranks!

What do you think? Is social still a powerful force for ranking or being found online?

Is social media actually more powerful than ever before?

Add your comments below – we’d love to hear from you.