Facebook Groups have long been a great way to build a community and meet people online. They’re a newer version of an online forum and Facebook have put a lot of resource and investment into them.

At Spaghetti Agency we’ve had our own Facebook group, Spaghetti Besties, for years.

The Admins of the group are Jo and Todd. You’ll see Todd’s full name of Graham on Facebook, but his mum is the only one who calls him that.

The group used to be for our clients and workshop attendees, but it was never a core focus. For a long time, we built other people’s communities and were well known on those groups, but didn’t spend much effort on our own group.

One night, in a parked car, in the dark, on Facebook live, that changed forever. But the less said about that the better!

Over the last year or so the Spaghetti Besties group has become a vibrant, supportive, online networking group full of business people, many of whom work in SMEs and start-ups.

The vibe is relaxed, friendly, and occasionally random AF! It’s a great place that supports before attacking ideas, and it’s a pleasure to be able to call it our group.

“No Bull, Just Beef” is the Spaghetti Agency tagline and that mantra transcends into the group. It’s a place for simple, effective advice for your online marketing, social media ideas, business questions and recommendations, and online networking 24/7.

We didn’t set out to have ‘in jokes’ that people don’t relate to, and we hate the idea of cliques and closed circles, or content that goes right over your head.

But naturally, when the group grew, the Besties who grew it got to know each other so well that we’ve now got a common theme of conversations that ‘if you’re a Bestie’ you get, but if you’re new, you might not understand.

Some of it makes sense, and some of it is utter nonsense but makes us laugh.

So, we thought we’d create a list of those ‘in house’ jokes and stories that you might not understand at first to help you catch-up with the posse!

We’re genuinely supportive and welcoming and we don’t expect you to start posting gifs of cows or mailing rubber ducks to us. Please, be yourself and get to know people in your own time. 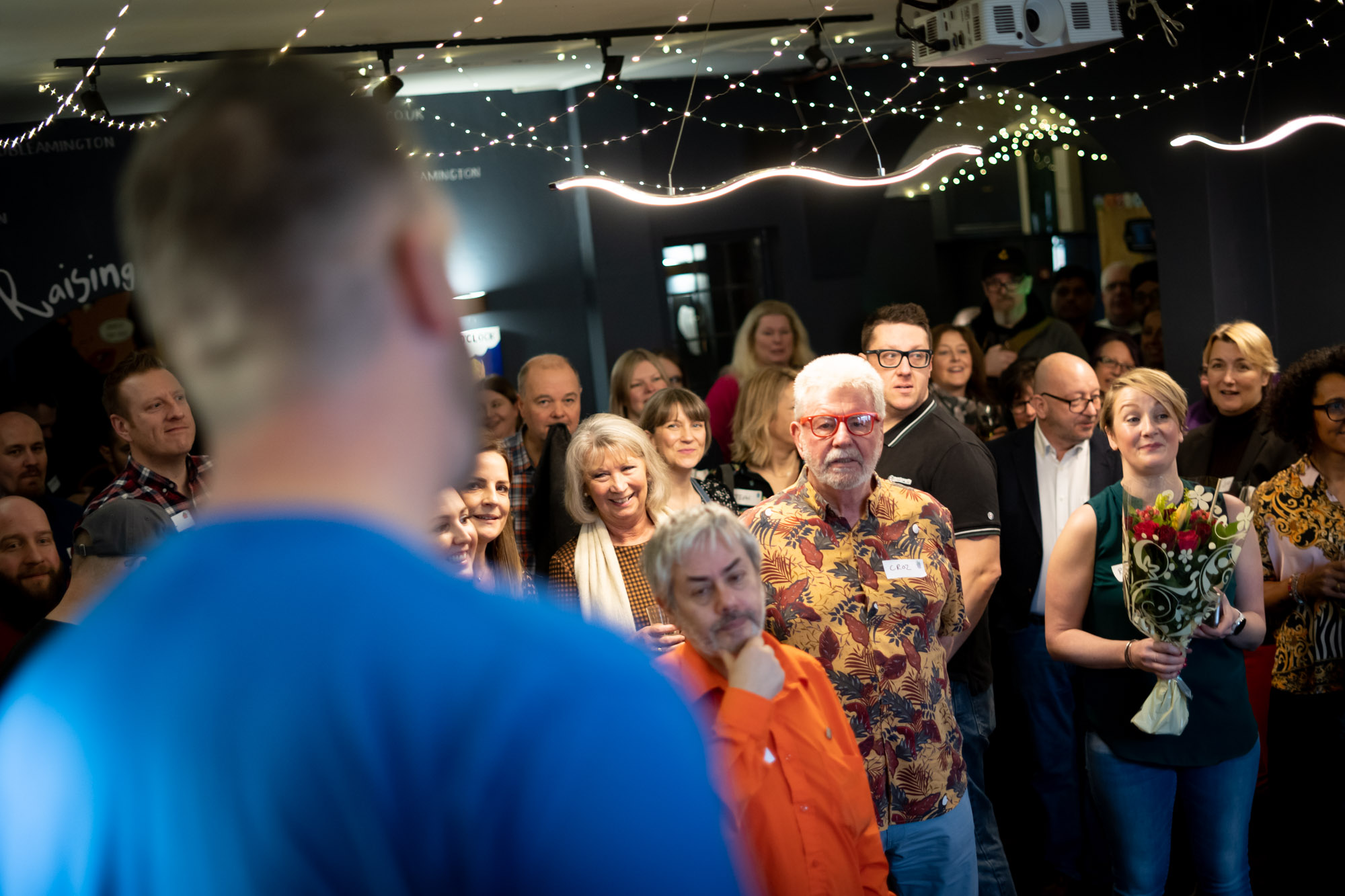 We don’t take kindly to spam. The internet is full of it already, so we banned dropping links and posting shares from your page with no context in our group. It’s just not social. So elsewhere online we’re adverse to it, too.

One day Todd replied to a LinkedIn spammy message with a simple message that’s been taken on by the group to combat spam sent from unknowns.

“Would you like to see a video of a cow?” Todd asked one spammer on LinkedIn.

… and Todd sent this… and pissed himself laughing.

It’s totally childish and we don’t recommend sending the cow to people who are simply trying to get their business out there… but Nigerian Princes selling their fortune and Bitcoin spammers get it… from the hoof!

“What’s with the ducks?”

Todd and Jo (owners of Spaghetti Agency and Admins of the group) have a daughter called Bob. (That’s a long story within itself, but not for now!) Bob Todd aka Bobbi (very cowboy) is a little internet star for all the wrong reasons.

Todd was very vocal on social media about it, so much so that people often asked about her sleep and of course joked about it too.

“Have you tried lavender?” helpful people would say, and tired Todd simply got even more frustrated.

One day Bob started sleeping through the night on the promise that she’d get a new rubber duck in the morning if she stayed in her bed. It was simple but highly effective.

Besties got behind us and started to help us with the never-ending supply of ducks that we’d need to keep her sleeping through until her teens… and boy did they deliver. To date we’ve had nearly 600 rubber ducks in all sizes and styles sent to the ranch.

From Trump to Boris, flying ducks to sitting ducks and some amazing ones in between – we have hundreds. We particularly loved how Besties themed them, so Ben sent a duck in a wheelchair and a DJ duck, and Heather sent a ship’s officer duck, to represent themselves.

We started Facebook Live unboxing videos in the group and then Michael and Dee decided to up the stakes and sent 500 TINY DUCKS in the post. It was a joy to watch. So, when you see mentions of ducks, that’s why. It’s literally the only reason Todd and Jo are still functioning!

Oh yes, it’s easy to forget that when people find our group the Wild West thing isn’t obvious at first. You can find the full story here but essentially our entire brand and business is themed around the Wild West. “No Bull, Just Beef” is the way we do everything. We’re honest and upfront. We tell it like it is, we keep it simple, and we don’t sell shovels!

In the west, as the fable goes, more people made money selling the shovels to dig for gold than those who actually tried to dig. That’s not what we do here. We only do for clients what we’ve made work for us. And by work we mean made money (gold) from it.

We also love being able to put cowboy boots on expenses.

What’s the virtual pub? Well, we’re glad you asked. It’s actually called the Social Saloon. In 2020 pubs in the UK were shut for lockdown and we decided to create an online replacement for a few weeks… that turned into months… and then a year… and then?

The Social Saloon is an online networking event on Fridays between 4.30 and 6.00pm. It continues along the same vibe as the group, with mostly people from the group, on video, drinking Friday drinks.

It’s a place to wind down, laugh, connect, and even fall in love. Yup… we’ve got people together in every sense of the word!

You’re welcome to join us. New dates and links to register and join for free are always posted here.

Ok, bear with us on this. Jo did a Facebook Live one day because she’d just been chatting to her ‘nail lady’ (beauty therapist) who was talking about the VAT threshold. If you turn over more than £85,000 in the UK then you have to charge VAT (Value Added Tax). If you’re a small business who sells the public (B2C) then this just makes you 20% more expensive.

So, Jo’s beauty therapist was telling her that instead of working more, she closed when she got near the threshold to save herself from making too much money and paying VAT. Jo thought that this was an interesting conversation and shared a live about it.

And then it happened…

Jo said, “I don’t know why she doesn’t just wax more fanny!” and carried on with her Live. And that was it. Gifs and memes were made, her mum heard it, and it’s been forever in the conversations in the group!

A long time ago, in a group far, far away, Todd was browsing Facebook and saw his networking roller banner in a picture that didn’t quite look right. It was a networking event he wasn’t at. His banner was stolen (‘borrowed’) by James Chisholm, who took it to events and then eventually passed it onto others at events to erect at their events all over the country, leaving Todd banner-less!

Every time a photo was posted with Todd’s banner (which once had people lining up to take their photo next to it), Todd replied with “CHISHOLM!!!” and blamed the entire thing on him.

Now we just shout that for the sake of it. We (kindly, with love) blame Chisholm for everything. Oh… and he likes the odd Yorkshire pudding so if you see that mentioned randomly, then that’s why! 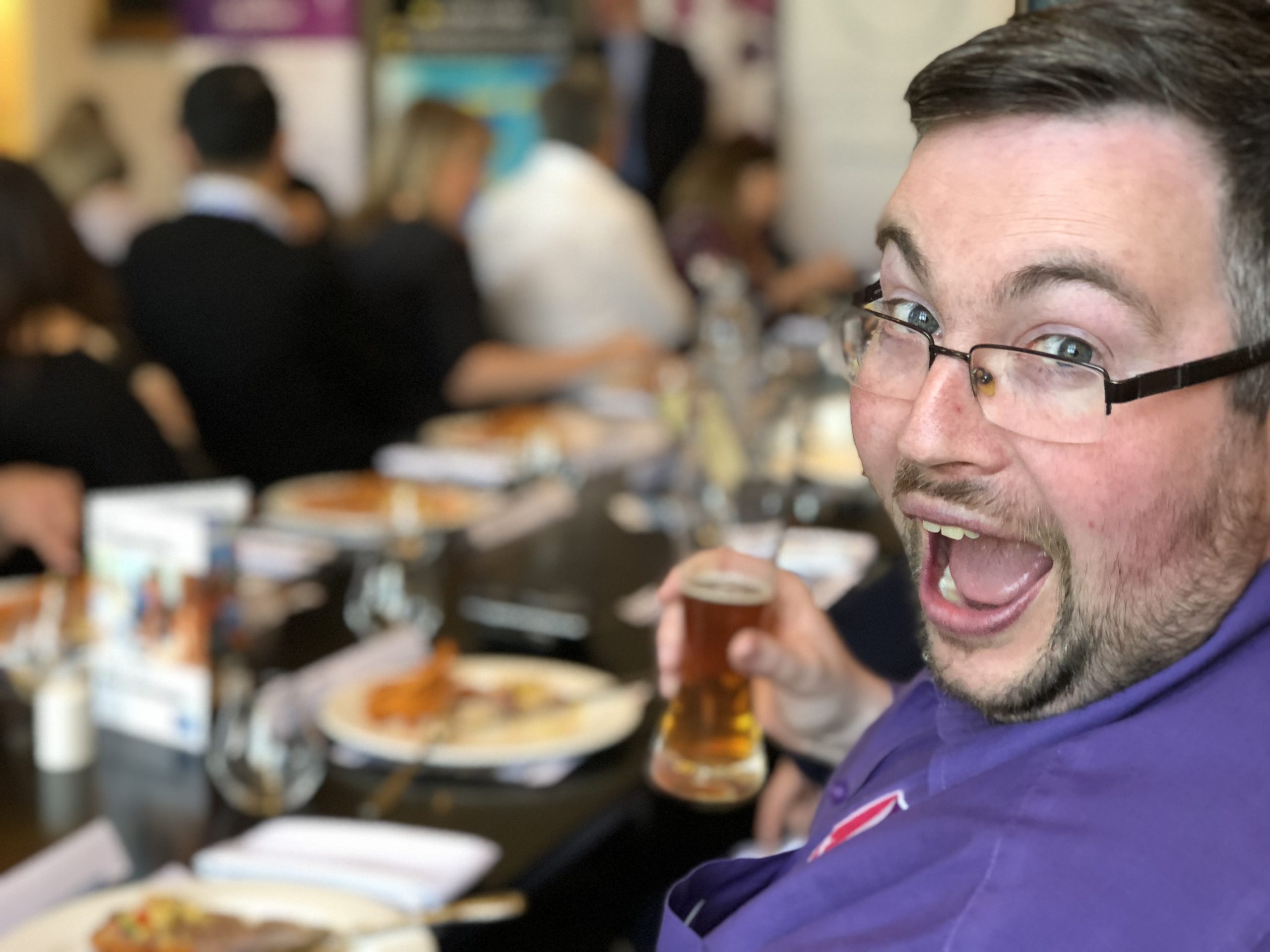 The Wink for Wes!

Todd does a lot of live content and video. He’s a big fan of keeping it real, adding value, and also making sure each one is consistent in brand and style of presentation. For some reason, this means he finishes most of his lives with a ‘wink’. No one really notices this… except for Wes. Wes Linden is a superstar networker who you’ll see in the group from time to time. Wes likes the winks… he likes them a lot. So now… it’s a ‘Wink for Wes’! 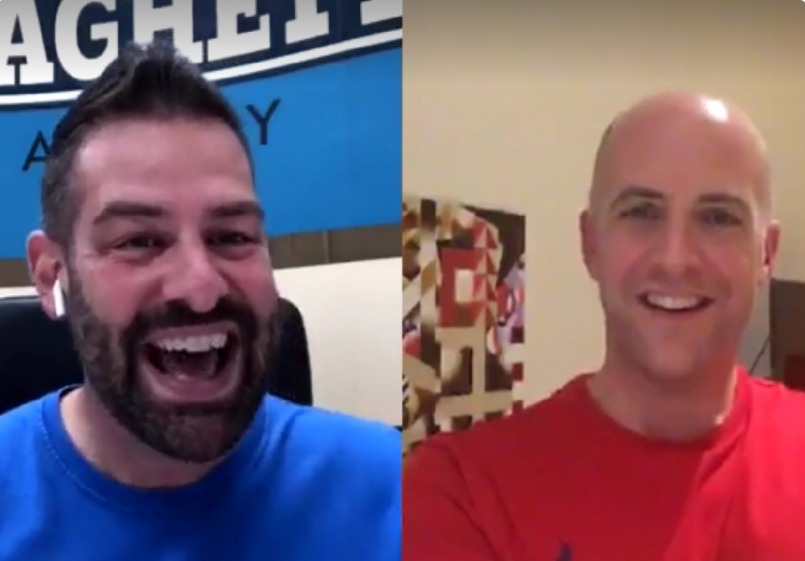 People you’ll hear about a lot…

There are a lot of cool folk in the group so we won’t mention them all in this post as it will change or we’ll forget someone, so we’ll just mention those who help to run the group.

Jo – the better half of Todd (in business and life)

Charlie – Marketing Exec at Spaghetti Agency (Cheeky bastard but we like him!)

Welcome to our place in the Wild West of Facebook

Above all though, you’re welcome in these parts.

You’re welcome to make this place your own.

Get involved in the conversation, get to know the regulars, and come along to the online events too.

The best way to get seen and noticed in Besties is to do the same.

Here’s a blog we wrote called The Ultimate Guide to Gaining Business and Connections from Facebook Groups. Have a read through if you like, as it might be helpful.

We look forward to seeing you in Spaghetti Besties very soon.