At Spaghetti, I help businesses get found online.

… But recently I’ve been looking at this tagline. 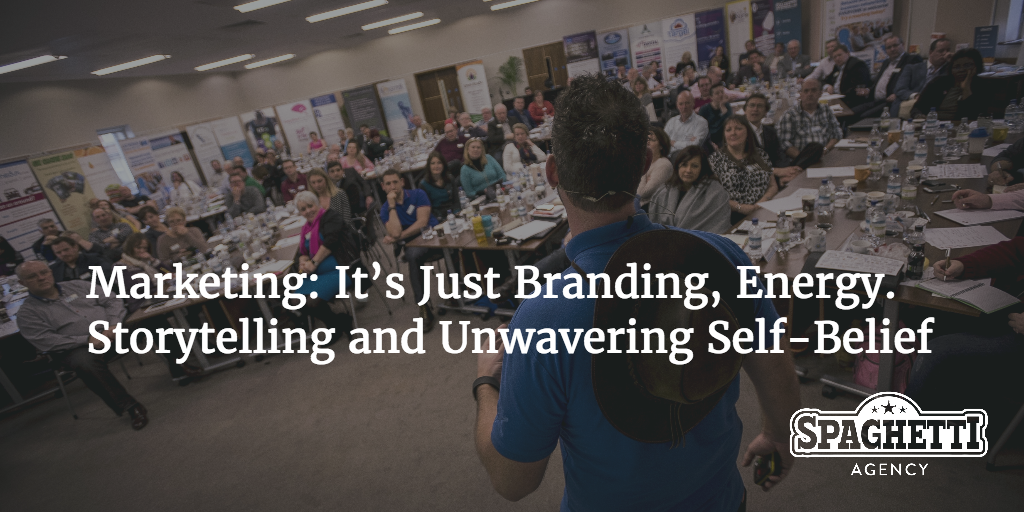 “I’ll do that!” Well, no one else was putting their hand up to it and I was there and I just tweeted “I’ll do that”.

I do this a lot, and this conversation wasn’t that different from the days back in school when I announced I’d be sports captain, senior prefect and class leader, all in a few weeks.

When it comes to offers of being in charge, I’m a ‘yes’ man… but at least I follow it up with actions!

I’d said yes on Twitter and I had no idea back then what that would entail.

… I didn’t know that just saying ‘yes’ would put me on the most amazing journey I’ve ever had, either.

Back in 2010 I was a van driver for a small local wine merchant and I’ve told that story many times.

I was, and still am, using pure, self-motivated energy to make things happen.

Fast forward five years and I’m running my own agency with amazing people that I’ve met from 2010 onwards.

I really enjoyed my van driving and WarwickTweetup days. It was a great time. A time when I was able to have fun with noise and social media and break through the other marketing without really trying.

Since starting my own business some of the ‘fun’ has subsided as I take on more serious projects and try to carve a future for Spaghetti Agency. Although I’d be lying if I said that being a cowboy isn’t fun.

Last year I became the group leader at a local networking event. Since then I’ve helped to build that group.

Being the Group Leader at Leamington 4Networking has taken me back to my roots and given me that buzz of growing a community.

The difference with 4N is that that the community is already there… it just needed to be brought together at my group.

In just two months we were crowned the UK’s largest group and I’m now feeling just like I did way back in 2010 when I started making a noise – a different noise – in a crowded market.

I’ve also taken on projects with clients that requires them to break through the noise too.

One of my clients is Phil Sims. He’s a local personal trainer. There are lots of PTs around here! He’s in a crowded market and he needed to be found more often and more easily. (I say needed, because now his diary’s full to bursting.)

We’ve used a content driven approach to grow his following and help them to engage with what he already had, in a better way.

Now he’s top of Google for his local search terms and he now writes for Men’s Health – the UK’s leading men’s fitness magazine. Seeing Phil’s article on the shelves of WHSmith makes me smile. 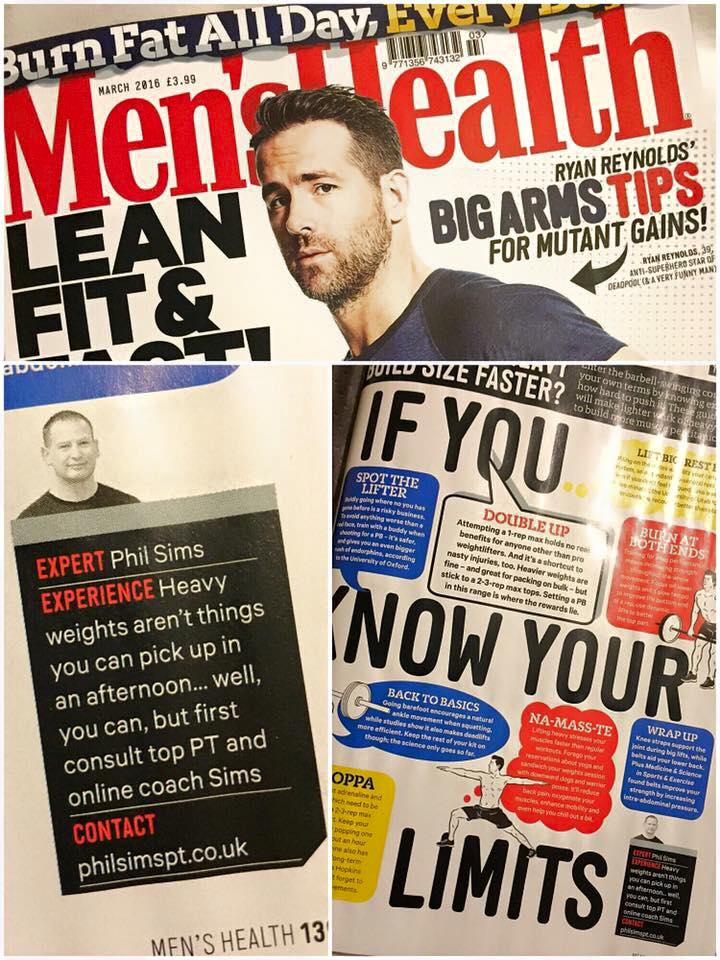 I’m also involved with some other new brand launches like Popup-Pix which we set-up in a few weeks.

Same story: take what they have and make it work better. Create noise; the right noise, so that their potential customers will know about them.

This week I sat down at a networking meeting I’ve been helping from the sidelines. That meeting hit the magic 22 with Popup-Pix setting up their first shoot as a pilot.

The noise got people to hear about it and that feeling of creation is in my bloodstream again.

You can do this…

You can, you know. Your business, your project, your passion – it needs YOU.

People are asking me for magic formulae and tools and tricks. And yes – I do have a few ideas. But what I also have is unwavering self-belief that what I put in place will work.

… But marketing is not a dark art!

Marketing is a whole bunch of things including branding, energy, motivation, storytelling and self-belief.

Use your brand to push your business forward. Add noise with energy. Create a strategy and stay motivated, motivated in the knowledge that what you’re trying to do will work.

And the most important thing? Don’t think too much about it – JDFI!

If I’ve learnt anything from the last three very fast years in business, it’s that there’s never a right time to do something.

There’s always someone happy to tell you your idea is shit. And sometimes all you’ll have is your unwavering self-belief that your crazy idea will work. That and the passion you have for your business and ideas.

Someone once asked me where WarwickTweetup was going. “What’s the point?” They asked. “Why bother with it? It’s done.”

WarwickTweetup isn’t around any more, so were they right?

No. WarwickTweetup wasn’t a thing, it was a movement, and the local WarwickRocks campaign is a direct result of all that. It lives on.

On the evening of the day I left my job of 11 years I won an award for the community work I’d been involved in with WarwickTweetup. I announced in front of 300 business owners that they should hire me… and some of them still do.

The WarwickTweetup Twitter account is no longer active… I’m now @SocialMediaTodd and I’m doing exactly the same thing I was doing then… but now I get paid, and I get paid well.

It’s too easy to listen to naysayers. Listening to yourself is harder. Listen to those who support you and those who join the struggle with you.

Surround yourself with those on the same mission as you…

I have some amazing people in my team and one of those is Jo. I met Jo way back in 2011 on Twitter.

Jo is the organised, quiet one behind me. (I’m only quiet compared to you, Todd! ^Jo.)

But without her I would have crashed and burned a while back. Every cowboy needs their cowgirl and I’m very lucky to have her with me on my mission.

Surround yourself with amazing people and keep that belief. It works for me, my clients, and I think you can make it work for you.