Stop Being Scared of Video! An Interview With Video Marketing Stars…

It seems like everyone’s talking about or doing video…

It was hailed as THE most important social media tool a good few years ago and everywhere you look on social media you’ll see more and more businesses and individuals sharing live or recorded videos of themselves and their surroundings.

If you’re not using it actively now then you’re a bit behind. But it’s OK – you’re not alone!

It seems like for some people the technology (a classic self-added barrier) gets in the way.

But you have everything you need to do video – your smartphone.

You could add a mic and maybe some soft box lights, but ultimately, you already have what you need.

Here’s where I get my ideas from…

We all get these, mainly from our customers and clients. Frequently Asked Questions, you might call them.

These are a good source of my content. It’s the reason I’m writing this blog. Look at the questions you find yourself answering a lot. Think about subjects that your customers need help with. Answer them, on video, in 2 minutes, and you’ll have some fab content.

It really is that simple.

But that’s fine for me to say, isn’t it?

A lot of people are saying “Just do video” without first considering whether someone wants to or not, or if they truly understand the benefit of doing it. 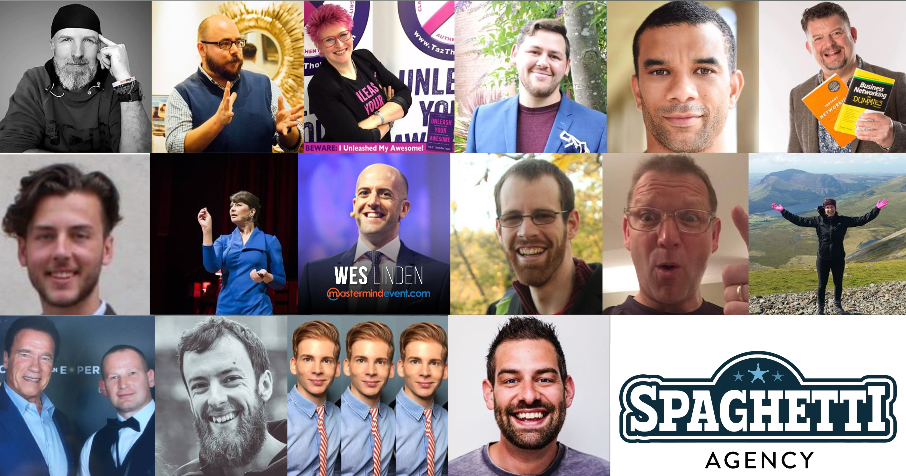 Stop Being Scared of Video! An Interview With Video Marketing Stars…

So let’s ask some experts what they think!

I’ve selected these people because they either do video and get a lot from it, or they’re actually qualified to tell you why you’re getting in the way of video.

I asked them the same 3 questions:

Here’s what they said…

Mark Lotsu – Fact of the Day

1. At first I was very conscious of going live. I did a few lives with the person seeing it being me. I also practised just recording video on my phone first and not sharing it with anyone.

2. My number one tip is to practise on your own and just keep doing it!

3. The best result was getting a paid gig in London to do Pounce Interviews. So much fun.

Plenty of people are ‘scared’ of video and I get that, so the idea of this blog was really to show you that others were too.

Of course, some weren’t scared as such, and that comes down to personality for many of them, but all of them got some great chances, opportunities and business from doing video.

Mostly I think we’re afraid to look silly and what others will say about us.

Plenty of the people I interviewed mentioned not liking the sound of their own voice too!

I’ll leave you with this thought:

How many times do you think that someone looks stupid on video?

A few? Mainly only the people who purposefully do pranks or silly stuff to get attention? Or the hidden camera stuff?

How many times do you tell people that they looked stupid?

If you’re afraid of people’s opinions and reactions then it’s just possible that you’re worrying and thinking about something that might not even be happening. Or if it is, you’ll never hear about it anyway!

Be brave, be creative and press record.

You don’t have to go live or put it online, you just have to start doing them to get better at doing them.

No one was brilliant first time.

I’d love to hear your thoughts in the comments below.

Are you afraid? Are you obsessed? What have you got from video? What’s stopping you? Let me know in the comments below.