Right, that’s it. I’ve had it with the internet and everyone who has a mobile phone. If this is what happens when you give people the tools to do anything and everything, we’re in for a rocky ride.

There’s a bee in my bonnet and I’m letting it out, right out, right now, and it involves everyone with a smartphone. If that’s you, stick around.

Years ago there was a show called “You’ve Been Framed” (it was the early cat videos on YouTube). You would get £200 for sending in hilarious (as well as not-so-hilarious) videos. It’s still going but they seem to share old stuff from camcorders, mixed in with the obvious smartphone videos.

… And the smartphones have ruined it!

Years ago when someone came back from holiday there was the inevitable slideshow. It was the early “hotdog legs” on Facebook or the “sunset selfie” on Instagram.

But smartphones have ruined that too!

Years ago you would watch videos from people’s holidays. You would awkwardly watch their piss-poor efforts at videoing something only important to them but it was so new and exciting that you stuck with.

But smartphones have ruined them as well!

You’d think that smartphones would’ve improved You’ve Been Framed, slideshows and holiday videos with better, higher quality videos… but many of them haven’t and it’s because of one simple thing:

You don’t know how to use your phone to capture video or stills! 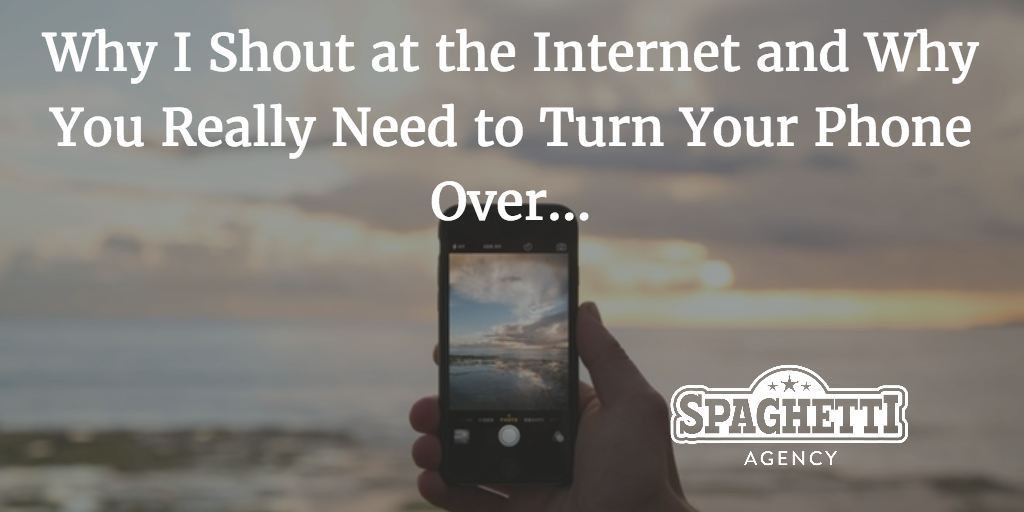 Now, this is in part due to the way that phones are designed. You hold them up to your face lengthways and you text and read that way too. You ran read the other way but not many seem to bother, and only some games make use of the widescreen option.

WHEN YOU CAPTURE LIFE ON YOUR PHONE YOU’RE USING YOUR PHONE THE WRONG WAY AROUND!

There. I said it. I’ve been shouting “Landscape!” for years at random people in the street, friends, family and even the Spaghetti Agency team.

I took this one…

The thing is, if you watch You’ve Been Framed you’ll see awful portrait videos with some weird blurry borders on the right and left.

TV and most photos look better in LANDSCAPE…

So here’s my plea.

Please STOP videoing ANYTHING with your phone upright…

…9 times out of 10 it would’ve been awesome in landscape!

I’m literally screaming at my Facebook feed right now after a great moment was captured… in portrait! Arrrgh!

We don’t view the world in a column! We see it in panorama. Landscape is closer to that than portrait.

We don’t view films in a horizontal line – it would be like leaving the curtains drawn in the cinema.

When you use your phone to capture an amazing moment and you leave in the same position that you text in I secretly hate you… and your viral video looks crap.

Life would be so much better if everyone just used their phone the right way around.

So here’s a simple guide on how to video and photograph with your smartphone:

In fact, let’s make it a whole lot easier for you…

UNLESS IT’S AN ‘ACTUAL’ PORTRAIT, TURN YOUR PHONE ROUND!

I shouldn’t have to explain such a simple thing but the internet needs this to help it survive.

We need to start capturing our lives properly and don’t even get me started on SnapChat being default to portrait (WTF SnapChat?!) 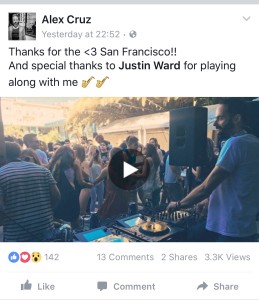 Your smartphone screen (that you’re probably reading this on) is portrait and I get that, but everywhere else in the world where you consume images and video is landscape.

… it just shows you the photo in landscape in your portrait feed.

PLEASE. Just stop this madness and use your phone the right way around. You’re ruining the internet! 😉