Video marketing isn’t new but it’s MASSIVE at the moment. And it isn’t something you want to be catching up with when your competitors have already started using it to stand out.

Video marketing is, and should, be part of your staple diet in content marketing. Why? Well look at how popular video is, and how easy it is to consume. YouTube is 11 years old, Snapchat and Instagram video use is at an all time high and Facebook Live and Periscope have thrust live-streaming into our timelines.

With that in mind we wanted to give you some exclusive tips, advice and ideas for using video in your marketing. Over the next three weeks we’ll be giving you some really useful stuff from our Spaghetti video expert, Matt – AKA Squirrel.

Squirrel is a video junkie and creates not just animations but short also films and videos. We asked him to tell us why video is important in marketing but also how we could use it.

So let’s kick off with part one of this three part series. Over to you, Matt… 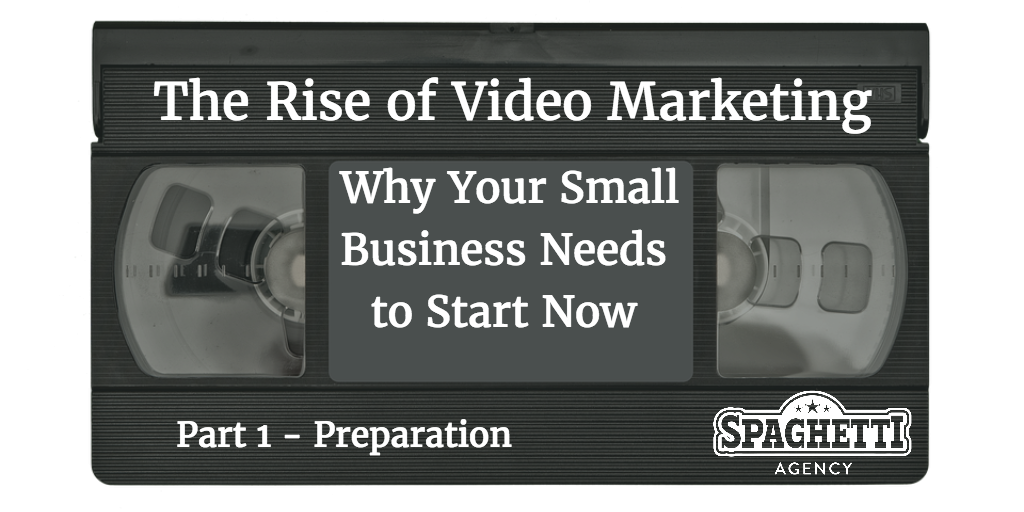 So first, before you start getting your video camera out and start recording, it’s important to take a step back and just do a little bit of planning and pre-production. This will massively influence your final video so don’t skip this bit. I know you might think it’s boring but it’s worthwhile.

The good news is, if you’re a small business you’ve got as much to gain from video as the bigger boys; the medium and larger companies.

As a small business there’s as much, if not more, to be gained.

What does video say about your brand?

It does depend on what industry you’re in, of course. If you’re a really dull solicitor and you don’t get anything from your website, maybe it’s not so important. But a picture can speak a thousand words, so if you’re a bakery or a clothes shop you’ve got so much to show and to get across in your video.

If it’s going to be for existing customers, do it 100% for that and do a potential customer bit later on. Make sure you separate it out otherwise you get these weird hybrid videos that are a little bit of both and it doesn’t quite work.

Show what you do…

Some of the videos that worked best for me in the past were for a leisure centre that had personal trainers.

What should you record?

Show them what you do! It sounds simple but it’s just showing people what you do is powerful and it’s a really straightforward thing to do.

For example: Leisure centre videos showing their personal trainers… a little video: “This is Jeff”and “This is Bob”. Just like with social media, the next time someone walks in they know who that person is. It gives a face to your business and your colleagues. And we all know who people buy from, right?

If you’re a really small leisure centre that has a community feel, then everyone knows who the receptionist is. It’s giving a face to the business. If you’re a chain, like a chain of restaurants, it can seem quite faceless and impersonal, but video adds a face to that business.

You want to have a start a middle and an end, a bit like a fairytale or any story.

You’ve got to have a start, a strong middle, and a good ending. (This is better than just going out and thinking “we’re going to make a video!”)

If it was a bakery you’d start with your 4 Ws:

We’re a bakery in Leamington. We’re open… we do this… that would be your start.

Then your end will be your call to action. I know who you are, what you do, how do I get my hands on some of your lovely cupcakes?

You need to take them on a journey and make sure you’ve got that start, middle and an end!

The next point is the immediacy…

Think about your video: Does this need to go live or is this something offline? You need to think what sort of thing would work best live and what would not work best live.

If you’re at an event like #WarwickRocks, Periscope can be great to show little snapshots. Periscope would also be a good thing to link to your blogs if you repurposed it by uploading the content to YouTube afterwards.

Or maybe your content would be better working on offline? Maybe you can do a Periscope at the event and also get some other footage so that in the next day or two you can spend some time with it and do a highlights reel.

You can stream your Periscope and add it to your blog and then after get a video together with all the content. It’s deciding on the immediacy. Periscope didn’t exist 2 years ago so it’s all new stuff. We’re happy to advise on this if you need help.

Think about your title and make sure you’re answering questions when you’re sharing content. How many times have you come across a video when you needed an answer? You could be the answer to your potential customers…

Initially you need to be thinking about giving your content away for free and just getting it on YouTube.

Get it out there to start bringing in an audience.

Later down the line you’ve got options like Vimeo so if you want to start charging people for content you can. There’s also YouTube Red as well which allows you to make money from YouTube… but you need the audience first.

So there are options down the line if you want to commercialise your videos. For the majority of the people reading this blog, YouTube is where you want to start.

I’ve seen people with fitness videos who’ve gone straight onto Vimeo and charged for them, then six months later they look at the analytics and no-one’s bought it.

Why not put a few onto YouTube and the free part of Vimeo and give people a taster, a foot in the door. It’s like the paywalls with the Times online. If you’ve established yourself you can charge people to look at your news. If you’re new and you go straight for charging people for content you’re going to struggle.

Virgin have just launched a video personal trainer thing where you can do fitness at home and people pay for this. But try putting “Beginner’s guide to pilates” into YouTube and see how many people do it for free. You’d be surprised how many people go into something and don’t really think that bit through.

So yes, there is chargeable stuff that you can think about later down the line. In terms of pre-production, it’s building your audience. You don’t want to run before you can walk. You start slowly and you build your audience on You Tube. It takes a while to do as this is organic stuff just like social media.

You‘ve got to start building the audience up with online marketing and video is no different.

There’s a guy called Ashens who does Boxing videos. So they’re quite different channels with quite different markets – but they cross-promote. I know Ashens from the boxing videos that he does, and they made a video together (all quite funny and light-hearted) and now I’ve subscribed to Barry’s channel for cookery stuff.

Those two things aren’t related, even though they’re friends, but the two people running the channel are friends with the exact same humour and they get on really well. It was that tone of it that made me subscribe to the cookery channel.

Cross-promotion is getting really important and lots of YouTubers are doing it now. It’s a win-win for both channels because you’re exposing to something new and both sides are growing their audiences. I guess that’s a tip for people who have been going a little while.

The most important thing is to just get it out there. Get it out there, don’t just rely on someone coming across your website on google.

You need to get that URL out there and bring in that traffic!

In part II of The Rise of Video Marketing… 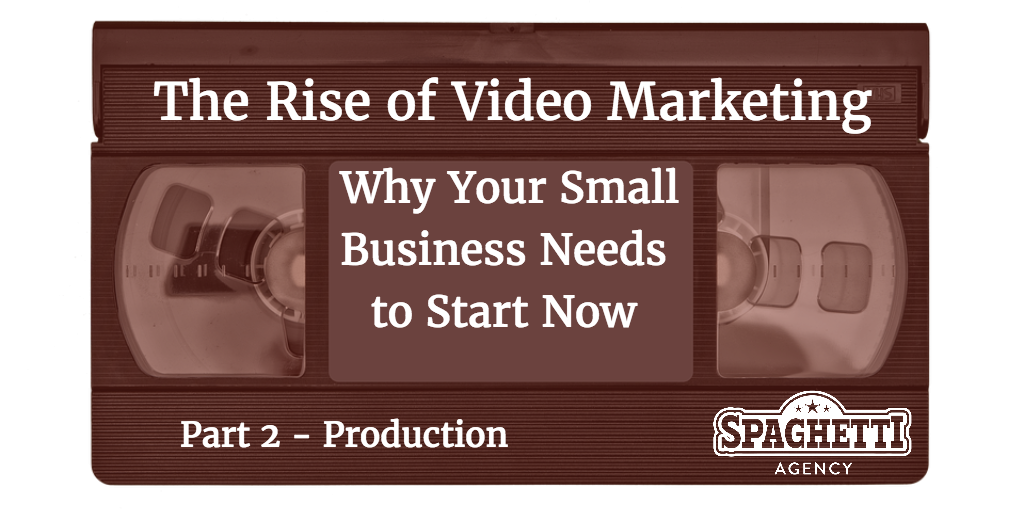 Next week we’ll be looking at production and actually making your videos. We’ll be talking about:

Be sure to join us on the next post for more advice and tips on creating your own video marketing. Subscribe here and you’ll be notified as soon as the post goes live.