Why Online Networking isn’t the New Normal for Me…

Some good things have come out of lockdown though and aside from the terrible deaths *carefully side steps sharing political opinions*, there were some great discoveries during the time we all stayed indoors.

Some found remote working truly refreshing, while others developed a Coronabelly and a hunched posture from working at the kitchen table and visiting the fridge a few too many times.

For some it was a breeze, for others it was back to the office or workplace as soon as Boris allowed.

There were many saviours of the period of time we’ll now call ‘Coronatimes’, and one clear winner in business was Zoom.

But I’m so over using Zoom for networking right now!

I’ll continue to use Zoom in my business as I did before, before it became the new normal. It’s really done a grand job, but you can keep your online networking.

You can keep it!

Why Online Networking isn’t the New Normal for Me…

Zoom is tiring to use, and one of the reasons I’m so over Zoom is that it’s so tough to communicate on video instead of talking to people in real life.

Zoom fatigue is now a thing we all can relate to, and instead of leaving a networking meeting uplifted and exhilarated, I feel tired and obliterated after watching a screen of heads talking all over each other.

Maybe you can only do so many hours in the week? Maybe because I use it for my team catch-ups, client training, and meetings as well as networking, I’ve overdone my quota?

I don’t know, but I do know this; it’s back to old normal networking for me, after this!

One of the reasons I used to go and meet other people at networking meetings was because I’m an extroverted individual and I crave being around other humans. It lifts me up and boosts my energy. Speaking at networking events is great fun and a lot easier than talking to 300 people on a webinar, too.

That said, some of our virtual pub goers have enjoyed being able to have a drink and a chat where they normally wouldn’t have been able to go out because of childcare, and we’re so glad we’ve been able to put on the virtual pub to keep our community connected.

But no one could say it’s as good as a chinwag in the local pub.

Speaking in public might not be everyone’s cup of tea – heck, maybe there are some budding speakers who feel safer doing it online – but speaking to a crowd versus a screen with a number in the top corner is not the same I’m afraid.

There’s no visible feedback. Comments? They’re OK, but you don’t get the energy feedback and you miss the micromovements that we’re all computing subconsciously. To communicate without that is overworking our little brains, according to boffins.

Speaking on video is a lonely, sterile experience compared to an event. I challenge anyone to convince me otherwise. Having spoken at both online and offline events for almost 10 years now I now know for certain that in person beats Zoom and GoTo Webinar hands down. 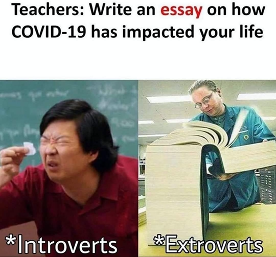 The saving of time is costing me energy

Don’t get me wrong, I love the way you can network more and still get work done. Back in my 4Networking days I would rack up 3-4 meetings a week, and although it did wonders for my profile and certainly the business in return, I would always kick myself at the time I’d spent ‘chatting’, instead of working in and on the business!

Driving is a large part of the networking investment in fuel and in time. Of course, I’m missing my Audible listening time, but the driving wasn’t really adding much to my bottom line, even though the enjoyment of a road trip still puts a smile on my face.

But… when I got to those events, oh boy! The lift you get from being around people is something that can’t be replicated online. It can get close on rare occasions, but it’s just not the same, and I won’t keep trying to convince myself otherwise.

Jo argues that it’s quicker to get ready for an online networking event but for me it makes little difference. 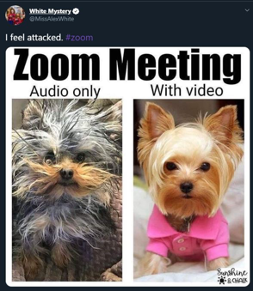 It’s too easy to be rude

How many people have you seen in online networking meetings with no video, no sound, and looking simply disinterested in the event? Looking down at their phone (yes, I know I’ve done it in real networking meetings too but it’s a bit more subtle!) and sometimes just buggering off during talks or update sections.

It’s too easy to be breezy, too. Binning of an online networking event must be easier than a real life one. When Jo and I ran networking events for 4N and Connexions people just not showing up got annoying.

No shows must be rife with online networking. I like commitment. I’m a very committed kinda guy…

I love my office. I really love it. But sometimes I just want a different environment. Unless I go out and get more offices, I need those networking meetings and coffee shops to freshen me up.

One of the great things about a networking meeting was the change of environment. It does wonders to your mental health and mindset. During lockdown it’s been like Groundhog Day!

These places are all within a 1-minute walk!

I love all three places but damn I miss Starbucks and all those networking meetings at the Dog and Trumpets of the UK. Not that my waistline is missing the full English breakfasts.

Bring back the old normal, before I start a Warwick meeting in the bread aisle in the Co-op!

I’m a people person and unless you’re a strong introvert who hates their family I’m sure you can relate to the loss of human interaction. Of course, you’ve seen the neighbours and the postman and thanks to Zoom, Remo, GoToWebinar and others you’ve been able to ‘see’ your business community, but online networking is not going to fully replace it.

I can’t wait for small business meetings and events to get back on the agenda.

What do you think? Many people I’ve spoken to about this would like some sort of hybrid. I might go 90/10 in favour of real life at a push.

How about you? Will you be keeping any online networking or meetings in future?

7 comments on this article